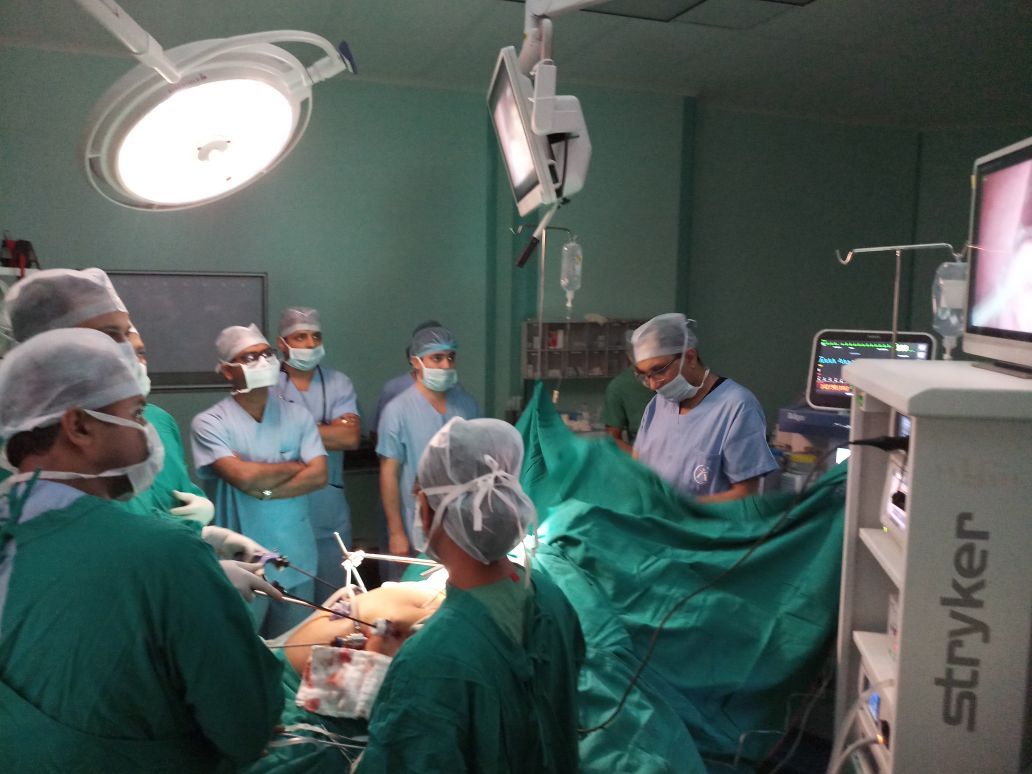 Number of individuals who are being classified as obese has attained epidemic proportion in urban India. The problem has affected both urban and rural population. India has been climbing up the ladder amongst obese countries quickly, consequently India has also become the epicentre of type 2 diabetes.

The overlapping nature of treatment for obesity from dietary, nutritional, exercise, cognitive-behavioural therapy necessitates classification of obesity in terms of Body Mass Index ( BMI ). Individuals with BMI > 35 and who have associated comorbidities or those with BMI > 40 should be considered for Bariatric Surgery.

Bariatric surgery has now been available for decades, all procedures are now performed laparoscopically. Gastric Bypass and sleeve gastrectomy are the most commonly performed procedures. Results have shown marked improvement in Diabetes, dyslipedemia, hypertension along with loss of excess body weight in individuals undergoing Bariatric surgery.

Bariatric surgery involves similar risks to any other gastrointestinal surgery and is a life saving procedure in individuals with clinically severe obesity. It reduces the need for other surgeries like cardiac bypass, joint replacement. Micronutrient deficiency is a concern associated with patients but can be easily managed with nutrition supplementation.

There has been an exponential increase in the number of  Bariatric procedures performed  in India. It's long term results in treating morbid obesity and its associated comorbidities make it cost effective in the long run.